The AFL (Australian Rules Football) finals are in full swing here and we are only 10 days away from what I think is one of the greatest sporting events in the world – the AFL Grand Final (although my team didn’t make the finals, so not as grand as I’d like). And yes, I may be a little biased being bred on footy in Melbourne, but it definitely is up there with the best sporting events that I’ve been to around the globe.

I have been to quite a few sporting events in my travels overseas and not only can it be a great spectacle, but often it is also a huge part of a country’s culture. I’ve seen all sorts of  sports over the years from ice hockey to Gaelic Football to car racing (Le Mans 24 hour race – although 2 hours was probably enough) and even donkey races in Malta. But, if I had to pick my Top Ten best sporting events that I’ve witnessed they would  be:

Basketball – LA Lakers v Philadelphia 76ers
The Forum, Los Angeles, USA
Okay, this shows my age, but I saw the great Magic Johnson and Kareem Abdul-Jabbar play for the Lakers. And no, I haven’t been in a Turkish prison. 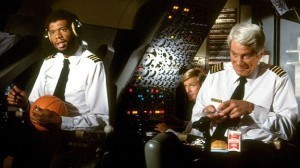 Football – Manchester United
Old Trafford, Manchester, England
I’ve seen Man U play a few times at Old Trafford, but my favourite match was a Champions League game against Fukakarkis (or some other similarly named Greek team). It was a nil-all until the 81st minute, then in the space of ten minutes Ryan Giggs, David Beckham and Ruud Van Nistelrooy scored. 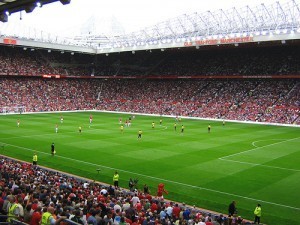 Baseball – Minnesota Twins v Toronto Blue Jays
Target Field, Minneapolis, USA
Admittedly, I think that baseball is a little slow (okay, very slow, but nowhere near as slow as cricket), but I love the atmosphere, hot dogs, craft beers on tap, 7th inning stretch and that cheesy organ that I’ve heard so many times in films.

AFL Grand Final
Melbourne, Australia
I’ve been to seven Grand Finals (five with my team playing with 4 losses and a draw). It’s also the biggest sporting crowd (113,545 people) I’ve been squashed in the middle of. Not only is it a wonderful spectacle, but also a truly unique and great ‘Aussie’ game (unlike that silly rugby and cricket caper). Ice Hockey – LA Kings vs Calgary Flames
The Forum, Los Angeles, USA
This one shows my age as well, but I got to see the great Wayne Gretzky when he played for the LA Kings. Mind you, I don’t think I saw the puck once because it moves so fast! Tour de France
Paris, France
I didn’t watch ALL of the Tour de France, but I was right there on the finish line when Spaniard Miguel Indurain Larraya won (he ended up winning five consecutive Tours de France from 1991 to 1995). Yes, they sort of just flew by in a flash, but the atmosphere was a buzz – and they had very nice crepes . Spring Racing Carnival
Flemington and Caulfield, Melbourne, Australia
Although I’m not into horse racing (and bet on horses by name or colour of the jockey’s silks) I love the atmosphere of the big races. I’ve been to Melbourne Cup, Caulfield Cup, Oaks Day and Derby Day, but my favourite is Oaks Day. I’ve been five times and have not seen a single horse. That was because I was quaffing free champagne and canapes with the celebrities and cashed up folk in the Bird Cage (the ridiculously over-the-top corporate tented area). Gaelic Football – Cork vs Some Other Irish Team
Páirc Uí Chaoimh, Cork, Ireland
Gaelic football is sort of like they threw a soccer ball into the middle of an Aussie Rules football game. Besides the fact that it was a fast paced and exciting game to watch, it was good craic. That’s good fun in Irish. Although the few pints of Murphys may have had a bit to do with my jolliness. Skiing – World Cup Downhill
Wengen, Switzerland
This is the biggest sporting event in Switzerland and over 30,000 people line the 4.5 kilometre course to watch mad skiers scream down a hill at up to 160 kph. There’s cow bells, beer and even cheese fondues. 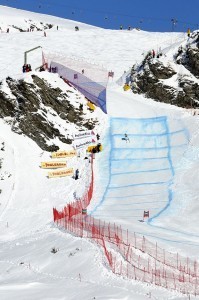 Cockfighting – Cock vs Cock
Baucau, East Timor
Well, it’s technically not a sport and the RSPCA aren’t too happy about it, but it is the biggest ‘sport’ in East Timor. I didn’t actually see any cocks fight, but it was a wonderful insight into a local culture and a ‘sport’ that has unchanged in centuries. 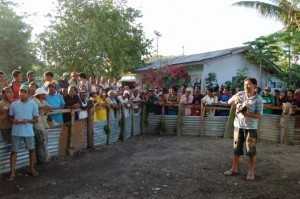 So, what’s your best sporting event from around the world?

The best breakfast in the world.

How to plan a trip overseas.
Scroll to top